动词短语相关部分被分隔，当“make use of ”，“take notice of”，“pay attention to”，等动词短语变成被动语态时，例如Use is made of solar energy in heating houses.

双重定语引起的分隔，例句But there is of culture another view,in which not solely the scientific passion,the sheer desire to see things as they are,natural and proper in an intelligent being,appears as the ground of it.

例如，She said she and a friend had gone out to dinner that night,and were walking home together at about 10 o“clock,when a "very big,very tall man",accosted them and demanded their purses.

53、“too…to”句型。例句：Then I remembered how often I,too,had been indifferent to the grandeur of each day,too preoccupied with petty and sometimes even mean concerns to respond to the splendor of it all.

54、“so much that…”句型。例句，But he developed gradually a very musical English. He learnt to write sentences that fall away on the ear with a misty languor and it delighted him so much that he could never have enough of it. 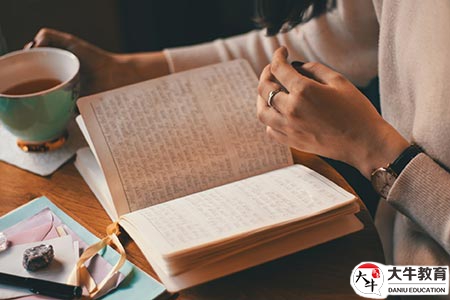 例如，Anything is better than not to write clearly. There is nothing to be said against lucidity,and against simplicity only the possibility of dryness. This is a risk that is well worth taking when you reflect how much better it is to be bold than to wear a curly wig.

例如，In 1600 the earth was not the center of the universe because the majority then supposed it was;nor,because she had more readers,was Ella wheeler Wilcox a better poet than Father Hopkins.

The truth is,that in one point of view,this matter of national literature has come to such a pass with us,that in some sense we must turn bullies,else the day is lost,or superiority so far beyond us,that we can hardly say it will ever be ours.

58、“by doing…”结构。这个结构的意思是“通过(做)……”，但翻译实践中不能拘泥于这种释义，不少情况下需要灵活变通。如，The hippos,by depositing dung in the water,fed the fish that support the storks that destroy the rare trees.

No less obvious is the fact there are great numbers of people so constituted or so brought up that they cannot get so much pleasure out of processes and experiences resulting in a poorer life less full of meaning.

60. “what…of”句型。I can not say of myself what Johnson said of Pope:He never passed a fault unamended by indifference,nor quitted it by despair. I do not write as I do;I write as I can.